The Story of Sigurd the Volsung manifests itself as the grandest ever told tale written by William Morris in 1876. Over 10,000 lines of the story breathe with a thorough tragedy, sorrowfully drama, and passionate heroism created under the author’s impression of the Volsung legend. Later, there emerged several other scientific and literary interpretations of the story. Critics were paying glowing tributes to Morris’ talented and profound work where all the figures were endowed with individuality, which harmoniously revealed the historical background. Usually, every literary work has its ‘nucleus’ represented by the main hero. Consequently, an adequate description of character’s temperament, his strivings to overcome enticements and epic connection with the real life are accepted as litmus tests that manifest the story as an engrossing one.

Sigurd is one of the heroes around whom the plot develops on its antagonistic way. At the same time, the central character became a valiant in some other pieces of the world literature including the German Nibelungenlied and medieval Scandinavian ballads. Nevertheless, despite different ways of perception, the image of the hero is always endowed with fury, fortitude and undying courage which make readers be kept in awe. It could not be otherwise with the man whose name means victory and lasting fame (the first element Sig- is defined as a triumph). As a general rule, Sigurd is not a name which adorns a person but it is a human who adorns the name.   The Volsung performed his numerous exploits under the ‘Dragonslayer’ alias. To some extent, the pseudonym defined his destiny and laid the foundation of upcoming demanding trials which became a perfect canvas for occurrence of Sigurd’s qualities. From the perspective of readers, the main hero has such peculiar characteristics as understanding and devotion. They are reflected in an implementation of wills of those for whom he had a great respect even though he could express dissatisfaction with their authorities. For instance, when Regin ordered Sigurd to make a single hole in the ground while trying to defeat a monstrous dragon, Sigurd was following his command until Odin intruded and suggested a different method. One of the bright examples of the Dragonslayer’s understanding could be his permissive death obedience. An infidelity of Gunnar killed him. The hero was aware of that fact which allowed him to accept the end bravely. Furthermore, Sigurd went through a lot of personal struggles such as drubbing Fawnir and saving Brynhild’s life. During the first challenge the warrior’s sword mercilessly pierced dragon’s chest and devouring beast’s heart made Sigurd understand birds’ language. One more test for the character was the rescue of Brynhild’s life which demonstrated Sigurd’s exceptional courage. Because of Odin’s betrayal, a ring of fire trapped the Valkyrie. The flames did not stop Sigurd from saving her from a burning castle despite Brynhild being a potential but a bound Judas from now on.

Temptations, the hero encountered with, were an aptitude test for him. After the rescue of Brynhild, Volsung traveled to the kingdom of King Giuki where he met Queen Grimhild. After Volsung saw Sigurd’s wealth, fame, and glory, he made a decision to poison the hero causing an amnesia. The queen proposed to marry her daughter to Sigurd and the warrior was unable to resist. He accepted the destiny’s order of getting married with the princess. One more occasion which demonstrated his yielding was the fight with the monster. Evidently, being a medieval combatant, Sigurd could not resist the possibility to show his vanity. The desire for revenge for the death of the father ruled him as long as it was a chance to gain a long-lasting fame and respect from enemies by fighting a horrifying Fafnir and taking the treasure he was guarding with jealousy in his cave. 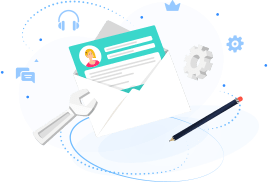 VIP support ensures that your enquiries
will be answered immediately by our Support Team. Extra attention is guaranteed.

The presence of magic in the epic or any other kind of  folk literature is reflected in heroes’ unlimited power, which they could not obtain in real life. In the case of Sigurd, magic affected his characterization because he was lucky to be under Odin’s protectorate. The god was always guiding the hero. For instance, when he first appeared at Sigurd’s father banquet hall as the stranger, Odin revealed a marvelous sword inlaid with diamond and plunged it into the oak. The young Sigmund ‘…withdrew it with ease as if pulling it out of butter’ (Snelling). Thereby, the weapon provided the king and his offspring with invincibility during numerous fierce battles. One more magic power Sigurd obtained was after he ate Fawnir’s heart, which enabled him to decrypt birds’ singing, reveal Regin’s betrayal and murder him. Consequently, it helped to save warrior’s life.

In fact, the fantasy literature has a close relationship to the reality. Regardless there are no real beasts like Fawnirs, Lokis or Odins, the world is still in need of spiritual and iconic heroes such as Sigurd. Nowadays, the fear of dragon in the cave is no longer relevant, but there are many invisible to a human eye howling monsters which are hiding in the shade of fake virtues. The modern epoch should have its defeaters and inspiring personalities. The heroes are in high demand but we can rarely find them. However, the one who makes the world’s heart beat is named Jorge Munoz. In 80’s he was the USA immigrant, who in a few years became a citizen. Once he had discovered that there are many men and laborers sleeping under the bridge who economize on their meals in order to send some earnings to their beloved, he started to prepare food for workers and feed dozens of people. Such kind of empathy for sure deserves respect and reiteration.

In conclusion, people can contradict American novelist Hawthorne that ‘…a hero can be a hero only in heroic world’. Undoubtedly, we can deny this quotation, telling that the image of Sigurd is valorous, that he had advantages being of a noble origin; that incredible powers were pulsing in his blood; that he won the battle with Dragon and overcame huge amount of other challenges under the guidance of God. However we should give credit for the main character’s courage transferred through ages. It is still relevant and motivating in today’s world and it will definitely  inspire the next generations.