Throughout the play Death of a Salesman by Arthur Miller, the themes of masculinity and capitalism are evident. Masculinity refers to those behaviors and roles that are related to the male gender. Capitalism is an economic system in which capital goods are owned and controlled by private owners. It is identified by characteristics such as wages, private ownership of property, and the accumulation of capital. Willy Lowman is a senior figure in his family and, as any patriarch of the family at that time, he is obliged to provide for their needs. Willy shows the social pressure experienced by men throughout the play. He continues to preserve his idea of masculinity, which is getting shattered by the economic changes at that time (Miller 23). During the 1950s, there was an increased rise of malls and catalogs, thus giving Americans like Willy a different perception of success. At that time, the ability to support the needs of one’s family was a test for masculinity. Willy and his sons believe in capitalism and that once people have enough money to spend, they are happy. He ends up having a lonely and unhappy life and eventually dies for this idea. This essay discusses the issue of masculinity and capitalism in the play Death of a Salesman, as well as various themes evident in the play, such as family, and relationships between father and son, men and women.

In the play Death of a Salesman, Willy and his son Biff Lowman struggle to maintain their masculine identities in the economy that was experiencing great changes and social challenges. At the beginning of the play, Willy loses his job as a salesman. The continued failures result in him in adapting the "fake it till you make it" mindset to preserve his shattering idea about masculinity. At that time, the concept of masculinity in the American community meant an ability to provide for one’s family needs. Willy buys the refrigerator with the "biggest ads," which he explains to be a sign that it is a "beautiful machine" (Miller 35). When it breaks down and cannot function anymore, Willy questions his decision of not buying a well-advertised refrigerator. In this way, Willy embroils his sense of masculinity because he is unable to provide the best merchandise for his family.

Willy is really power-hungry and he believes that selling is the greatest career a man can ever have (Miller 81). He also has great plans for his son Biff and he does not want him to be a carpenter or cowboy. In the 20th century, Willy seems to value body qualities, which gives him another sense of masculinity. On viewing the success his older brother Ben makes, he wants his son to "walk into a jungle" (Miller 52). Willy also believes that "a man who does not handle tools is not a man" (Miller 42), which shows his belief that masculinity involves toughness. He also encourages Biff to fight with Ben and asks him to show Ben his physical strength. However, projecting his farfetched objective of achievements and success on his children was a misstep from which he was not able to recover. Later, as a youth, Biff has sufficient energy to seek after a more sound impression of his manliness and, in this manner, stay away from the destiny of his dad.

As a man who believes forcefully and tenaciously in the American Dream, Willy shows perfect confidence in capitalism and the American lifestyle. The play Death of a Salesman criticizes the ideas of capitalism because it is the main reason Willy loses his intrinsic value and happiness and later ends up committing suicide. By depicting Willy as a victim of the great American Dream, Miller likewise critically analyzes capitalism and its consequences for common people. Willy is a typical man, an untalented worker, who is surpassed by everyone around him who is more quick-witted, better taught, and more capable. Similarly, his little house is surrounded by skyscraper condominium structures from all sides. Willy has confidence in the guarantees of capitalism: the wealth, a simple life, achievements, and honors of others. However, each time he encounters these guarantees only for a short period of time and not permanently, so he cannot at last pronounce that he has accomplished his dream. Along these lines, Miller raises doubts about the majority of the belief systems on which America stands (40). Biff thinks that accomplishment that is guaranteed to the ordinary man by the industrialist American Dream is a myth, yet Willy never does.

Finally, Linda's affection for Willy reminds readers and viewers that Willy will never acknowledge his identity and be happy with what he has. For instance, Willy disregards Linda's affection and centers his consideration on The Woman. He buys her new leggings while his significant other needs to darn her tights since she does not have any new ones (Miller 94). Linda indicates how through the play Willy never understands his inward worth since he is submerged in his vision of progress and realism.

Father and Son, Family, and Men and Women

Through the play Death of a Salesman, Miller clearly depicts the relationship between a father and a son through Willy and Biff Lowman’s relations. In some instances in the play, Willy acts as a player in Biff’s life. For instance, he acts as a player when Biff recollects his perception of life and Willy regards it as a failure. The father wants the son to be a salesperson while Biff believes that the best job for him is working outdoors with his shirt off (Miller 22). Miller gives a good indication of a conflict between the father and the son when the father becomes too much influential in the child's life. Miller also shows an aspect of how parents tend to overlook some of the children. Willy concentrates much on Biff life and ignores his role in Happy’s life. In the play, he even explains how great Biff is and never talks about Happy. As a result, Happy tries to attract Willy’s attention by showing that he can do anything and achieve success just like his father wants.

Your order will be assigned to the most experienced writer in the relevant discipline. The highly demanded expert, one of our top-10 writers with the highest rate among the customers. 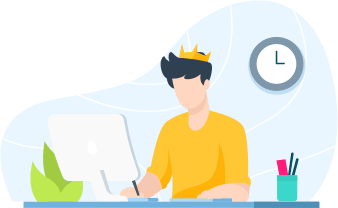 Furthermore, Miller uses Willy’s family as an example of a dysfunctional family. There is no unity, respect, values, or good communication in the household. It is quite clear that Willy has indigent communication skills because he keeps interrupting people during conversations. He disrespects his wife by cheating on her with another woman during his business trip. When Biff questions him, he claims that he was lonely and that Biff would understand him later.

At that time, men were viewed as breadwinners in their families while women were just there to be seen and never heard. People who could not provide basic needs to their families were regarded as failures (Miller 47). Women were to bring up children according to the wishes of the husband and not their wishes. In Willy’s family, Linda brought up her kids in the ways that Willy considered manly.

Masculinity and capitalism have been clearly depicted in the play Death of a Salesman. Masculinity was greatly determined by the ability of a man to provide for his family. In particular, this aspect can be seen when Willy Lowman questions his manhood when his refrigerator breaks down. He also believes in communism and has an idea that money brings success and determines one’s happiness. In his play, Miller criticizes capitalism because happiness is determined by what someone enjoys doing. Family and the relationship between children and parents are featured in the play, as well. Willy’s family is regarded as dysfunctional due to the lack of communication and respect. The relationship between Willy and his sons is not good because the father ignores his younger son Happy.

Benefit from Our Service: Save 10%